Photo by Jim Jackson on Pexels.com

What is the meaning of the word depression? I don’t know. There is no definition that I am happy with. There is no fit explanation that shall define depression in a single line.

Depression is a multi-emotional drama. Just like our fingers and fingerprint varies; the emotional value and features associated with depression varies.

It’s no big secret that people who are going through depression are… misunderstood, mocked, belittled and ignored.

When a certain feeling triggers the mind of a depressed person; he or she is in a state of frenzy. A state of mind that makes it a ‘live or die’ moment. They might be drowning while everyone else is perfectly swimming. Or they might be burning when the temperature for that day was fixated as normal and pleasant.

They might be in a fit of emotion that the first thing, most of them approach is food. Comfort food. Those who misunderstand eating disorder should really understand that Eating disorder is not a preference. They are not enjoying the moment they indulge in an unhealthy eating spree.

The first thing you should understand from the pattern of a depressed person eating is that; they are not civilized, there is no portion control and they are like robots who don’t know when and how to stop. The brain doesn’t register. All the brain knows and feels at the moment is a comfort. A state of ‘lie’ that makes the body feel oblivious to the feeling of anxiety.

However, as soon as they come into their mind; it is too late. The stomach cramp along with the guilt in losing their control makes them feel worse about themselves. And they enter into a period of nothingness.

While they are slowly climbing back up the stairs to feel an atom of sanity; the world had already moved a millennium away. Looking around; everything feels different and everyone has reached a point in their life which was their dream.

And what happened to the dream of the said depressed person? They didn’t have one. The one they had; got lost in the basic to-do list they had to complete. For example… take a bath.

the age of growing up
receded, leaving me breathless
with no dreams

barren, I
wake up with charcoal stains on my face
and run-down crimson welts

a pretty distraught sight
to greet morning to

yet,
the morning song
remains the same,

with punctured lyrics
and dismantled refrains

a song
too lethargic to wake
me up

I am not sure why I begin this blog entry. Sometimes someone needs to release something, ei? 😉 But, the good thing is that I was able to read my notifications in the app! I am not sure why the admin didn’t reply to my plea for help!

Anyway, i am glad I was able to read my notifications in the app. Thank you fallen alone… aka ari… I followed your advice gorgeous.

to make you understand the importance

of my silence; yet, you throw word upon

hour needle to only lose minutes before

you even post me the next letter. and still

you remain unapologetic to the situation.

had it been some other time to pen verses,

I would have truly been obliged; but, as of

now when the time is escalating to serious

matters; I shall remain circumvent to that

pings which gives me inflating migraines.

I listened;
waiting for shackled breaths
to billow out whispers,
deflating reminders
of our 4am’s phantom kisses.

With chain-linked apologies,
I watched you
fold nostalgia
into sun-burnt smiles
and wipe away the
translucent intentions
like it were the
ashes of our memories
that needed dusting.

only to remind me
of the front-porch gossip;
and then your perfume
clogged me once again.

Coined regrets
wrapped references
and my milkshakes melted
upon tabletops
waiting to dissolve
the two-stepping answers;
and sluice off the mess
that ruptured my heart.

Braiding days afresh
away from cremated memories
was strenuous
yet, my seat-belted pride
folded memories
and haunting scars
into paper wishes
deflating them into ether;

erasing decadent persuasions
of a poisoned tongue,
I smiled to the back-alley handshakes
which promised me new inception.

Stifling,
blankets cling-
like lovers,
I blow up,
as ceiling fan cringe,
no more…
I said, no…shriek no more…
as, I pull sheets
and take a bath.
windows sway
it’s windy,
“then why do I sweat?”
My heart beats,
another night
to list
craving chocolates
my head pounds
as sunlight creaks
my head soars…
now, nothing can console
a heedless sleepless head.

Surely,
the imperfection
of heart
is masterly masked
by this heartening
smile.
For, they don’t
know the intensity
of my nucleus;
lucidly bidding
to conceal
my tears. 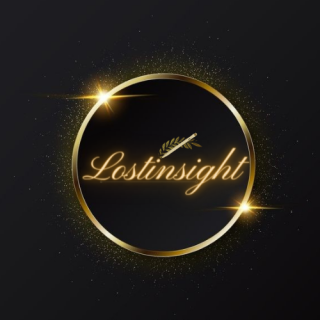 Somewhere in the synopsis of a twisted paradox lies my name hidden in a vestibule full of misogynist serpents; lovingly pecking my chest, spewing love notes as if I thrive on it. thus, I am a ghost preferring to be lost in sight.